Up to their necks in it

But you voted for it because you didn’t like the alternative. 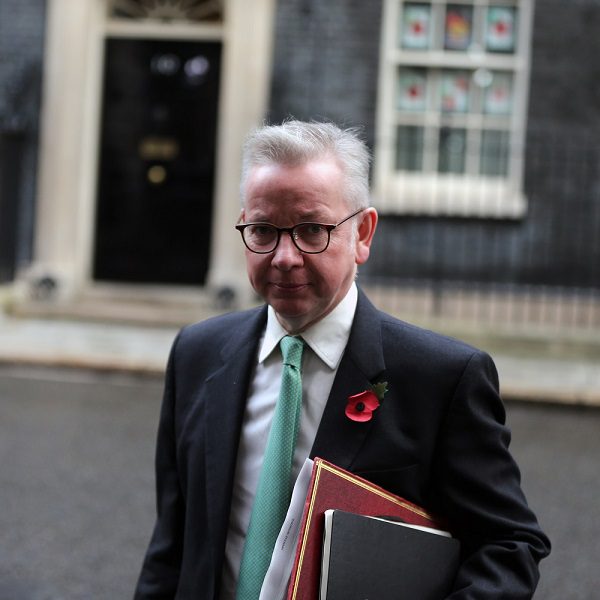 The High Court has now ruled Michael Gove broke the law by giving a contract to a communications agency run by long time associates of him and Dominic Cummings. The Court found that the decision to...

I remember a poster on here laughing at the Good Law Project, out of ignorance.

They are single handedly holding this government to account, despite hundreds of thousands of our pounds being used to fight/scare them.

Some of us didn't vote for him. You do know that?
R

SardiniaFox said:
Some of us didn't vote for him. You do know that?
Click to expand...

I don't know that. What proof have you got?

RubberDoug said:
I don't know that. What proof have you got?
Click to expand...

Given that all forms are numbered a good detective like yourself should know how to find out...

Definitely a good start but it's going back a while

The U.K. government unlawfully used a so-called ‘VIP lane’ to dish out contracts worth nearly 600 million pounds ($820 million) to supply personal-protective equipment at the start of the coronavirus pandemic, a London judge ruled.
The Department of Health and Social Care breached its obligation to treat potential suppliers equally by giving firms referred by lawmakers and senior officials preferential treatment in the procurement process, the judge said Wednesday.
“The mere fact that an offer was sent to the priority email address from a senior referrer did not justify preferential treatment over a similar offer,” the judge said in her ruling.
The ruling shines a light on the health department, then headed up by Matt Hancock, and its procurement process of crucial safety equipment at the height of the first wave of the pandemic. Hancock quit his job as Health Secretary in June after it emerged he breached social distancing guidelines when he was photographed embracing a senior aide.
While the department broke the law by giving preferential treatment to two firms in April and May 2020, it’s unlikely the outcome would’ve been “substantially different,” because they would have probably secured the lucrative contracts on their own merits anyway, Judge Finola O’Farrell said. As a result she refused to grant any remedies in the case.
“The ruling says it is highly likely these offers would have been awarded if they were processed through other channels also used to process offers,” a government spokesperson said. “All contracts underwent sufficient financial and technical due diligence.”
“Material Part”
The judge ruled that although the operation of the fast track used unlawful criteria “it did not play any material part in the award of the contracts” to the two winning bidders. She also ruled that the department didn’t have an obligation to be transparent about the procurement process.
“Never again should any government treat a public health crisis as an opportunity to enrich its associates and donors at public expense,” said Jo Maugham, director of Good Law Project which brought the case.

The same is happening in Canada, billions spent, but they don't know where or who to.

Richardvanles said:
She also ruled that the department didn’t have an obligation to be transparent about the procurement process.
Click to expand...

Well, they should have. All public spending should have that obligation.