There's a new piece on foxestalk about Bernie's scrapbooks that you might be interested in. All comments and feedback welcome.

That’s a great piece and thanks for airing it on here for us to enjoy. The more we can learn about the already iconic Bernie the better for all of us. And what better way to help us to further celebrate the Leicester City life of Bernie than it being encapsulated in his very own scrapbooks.
Thanks to you and to his great friend Denise for making sure his scrapbooks are saved for posterity!
K

Here's the section that mentions the Roof thread:

31) On a Bernie RIP thread over on the Bentley's Roof forum, a poster called 'borebage53' remembered Bernie in his later years, and his 'song and dance in cabaret style on station platforms'.

A fascinating observation, as the young Bernie harboured ambitions of becoming a variety entertainer. This is a letter from the early 60s: 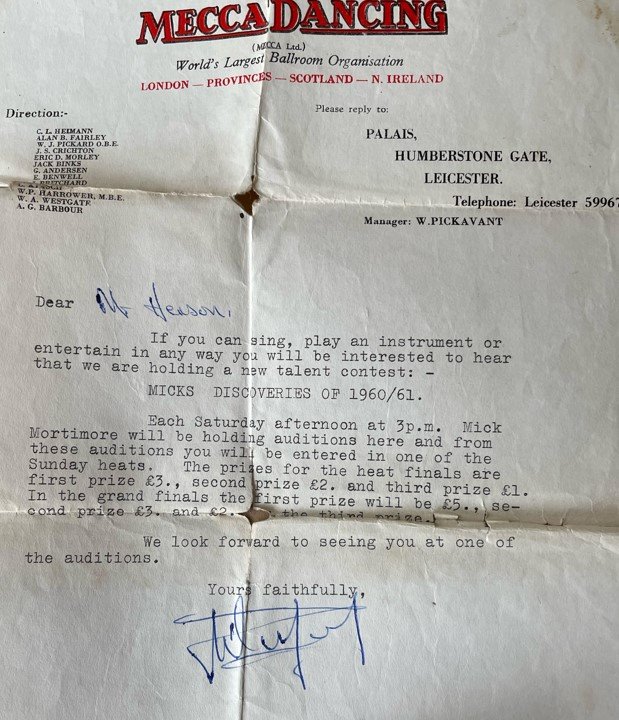 Bernie was a regular at live events around that time, but only as an audience member, not as a performer.

As well as Louis Armstrong, he also saw The Beatles, plus Gene Vincent and Eddie Cochran, just before the car crash that only Gene survived. 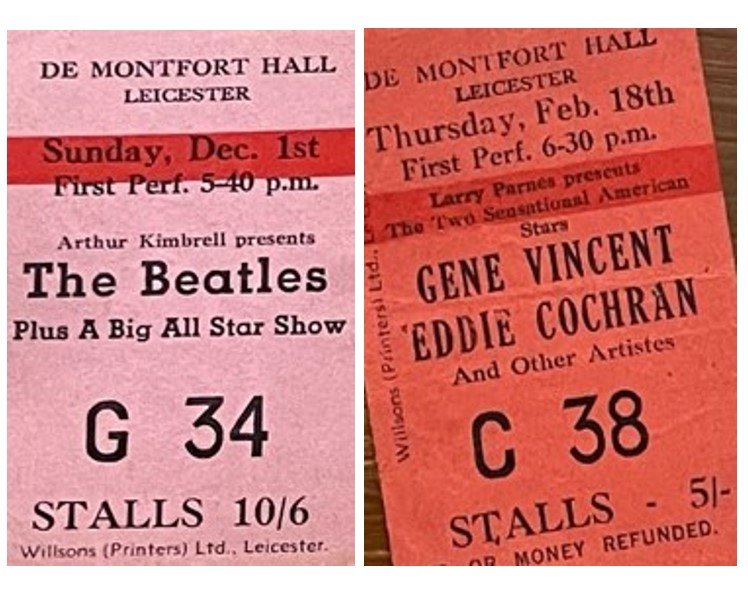