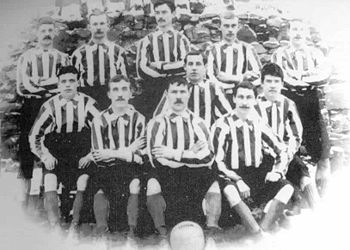 In between all of this mother passed away but we were not allowed to attend the funeral (too young) so Granddad said, then my formal education started as I left Hazel Street and started at Narborough Road in 1948..... this was the ultimate eye opener, bullied from the outset as I was only about 6 and half stone. It was a major step in my life to be confronted not only by the bullying but the academic side as well, although I did well at Hazel Street but here it was entirely different, gone was the laid back approach by teachers and in came a brutal regime that required instant response to all lessons, reading, writing and arithmetic plus geography, history, science and art. Too much to deal with for me, as Granddad said; “concentrate on the priorities. Reading, writing and arithmetic. They are the ones to get you through life” he said, which is what I did although, I wasn’t that good I managed in those 4 years to hold my head up attain a reasonable standard without being spectacular in anything apart from art.

The war years had gone but had left a mark on everything, we still had ration books, food was still scarce, as was most things, I was still using hand-me-down clothes from my brother and most of the food was still rationed, we still had a milk round although in churns but shopping was on every corner. Grocers, bakers, butchers, dairy, within a few yards providing you had the stamps. Clothing wasn’t too far away on Narborough road the only difficulty was heating as coal was earmarked for industry, and my first job in my teens was to visit the AYLESTONE ROAD GASWORKS to collect coke for the fire during the winter that was my Saturday job till until Grandma died.

During those teen years at Narborough Road one thing I did learn that I could draw and paint excelled at it, which was in dire contrast to woodwork which I was useless at and got a lot of abuse from the teacher for it just couldn’t get the hang of mortise and tenon joints or with dovetail joints. Tried as hard as I could, but to no avail, the master threw wood at me, smashed up what I tried to make made me look a prize idiot.......... got me so mad that I ducked out of these lessons and got the sports kit ready for Saturday morning football at Coalpit Lane.

Halfway though the third year Grandma died.....and my sister and I had to move back in with Dad and my older brother and Sister. My Brother was just going to start his National Service when we moved, another terraced house with outside loo and no bathroom just like Granddad's place.

We didn’t have to start anew as my Dad’s house was only 50 yards from the old place, still had the same friends, still the same surroundings apart from an old Air raid shelter on the middle of the street which was in the process of being razed to the ground by Italian POWs. It was about this time I got a paper round with Joe Holland’s shop on Wilberforce Road, which took in the length of Narborough Road up one side, down the other, from the Tram terminus to Leedhams Cycle shop in the West End for 2/6d a week.

Still kept up with my hobby of collecting train numbers and started to go further a field Rugby, Kettering, even Grantham on a borrowed bike, but Saturdays was Filbert Street in the popular side, until I plucked up courage to go into the Kop to the right of the Goal about 8-10 rows from the front and stayed roughly in the same area for the next 4 years until I got called up.

After doing my paper round for just over twelve months I had to give it up because of leaving school and finding a job of work. My eventual work was from 7.30 am to 5.30 pm as I started at Granddad's place, HTH Pecks on West Bridge, as an apprentice in the Printing Room.

Life changed dramatically after that, I thought I'd seen most things in my tender years from Air Raids and subsequent Bombings in Leicester, the unhappy first years at the main school, but now learning how to work with you're hands doing Mechanical work with someone overseeing your every move was more than daunting to say the least, right from Clocking in before 7.30 to clocking out at 5.30 with someone on your shoulder can be frightening for a green kid.

I cant leave those years without mentioning fresh bread, meat, milk, ice cream, the grocer who got up early in the morning to go to the Market for fresh greens, potato's and such every day. The Coalman lumping hundredweight sacks over the shoulders from his horse drawn drey, the lamplighter's who lit the gas lamps carrying their long poles, the postmen who came to the street from city centre on the trams with satchels bursting..... The old street cleaners with there dustbin carts who kept the streets spick and span, the endless Cinema's on your doorstep virtually I had 5 in a range of 3 miles.

The freedom kids had to roam making their own entertainment from conkering to cowboys and indians with home made bows and arrows hopscotch...knock down ginger, the back entries to homes that were hiding places, collecting film stars, sports stars, portraits from cigarette packets comics like the Beano, dandy, comic cuts, knockout, film fun to reading comics like champion, adventure, and hotspur.

My first hero was a Leicester City goalkeeper Joe Calvert and a little inside forward Jimmy Hernon who was a master with the ball at his feet a really tricky lad but lightweight and that was his trouble. Sitting on that white wall well before the introduction of scoreboards playing kick about at half -time at the Filbert Street end.... being that close to your hero's was wonderful, in 1947 it got better as my near neighbour was picked for Leicester Boys for the final of the schools trophy /cup to be played at Filbert Street around 30.000 watched and we won it, and my neighbour scored Stan Tipton was his name......... my brother was also picked, but came down with measles and couldn’t play.

The highlight when I was about 11/12 was riding on the footplate of an old shunter... a coffeepot which ran between the L.N.E.R Sheds to the sidings at Eastern Boulevard a near neighbour was a engine driver at the L.N.E.R Shed doing light duty work after doing main line armaments night work, another cracker was with the city and getting a ticket for the Cup semi-final against Portsmouth in 1948/49 my dad was a bit iffy about it , as I was only 12 and knee high to a grasshopper but my brother came home on leave and I went....... sadly cant remember much about it apart from the end when people were singing and dancing, but Dad wouldn’t let me go to Wembley ......he put his foot down, even if I’d got a ticket.

The other lows included never ever being able to have a holiday by the seaside because my grandparents couldn’t afford to...... plus as during the war a lot of beaches were cordoned off, and if I’m right a few were mined down south, so I never saw the Sea till1952 when me and sister went on a day outing to Skeggy from dads club in town Bond street I believe it was.